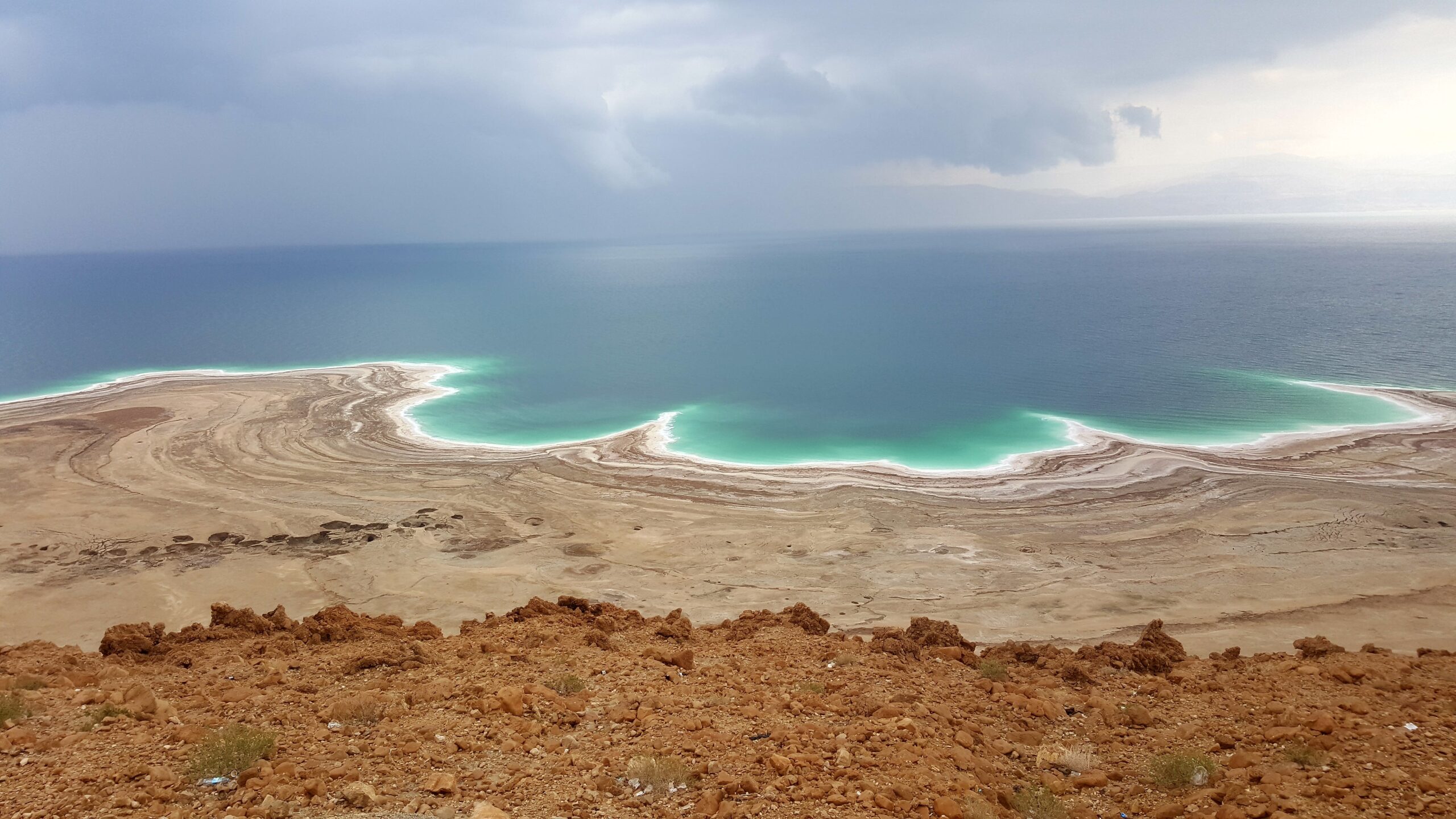 Why Is the Ocean Salty? And Which Ocean Is the Saltiest? Information You Won’t Get Taught In Your RYA Day Skipper Theory Course.

Probably the most widely known fact about the oceans and the seas is that they are salty, but have you ever stopped to ask why? We go beyond our usual RYA syllabus to share some extra knowledge.

Water is primarily made up of two elements: oxygen and hydrogen. The next two most common elements in seawater are sodium and chloride, which combine to form what we know as table salt.

But how did the sodium and chloride get into the sea, and which ocean is the saltiest?

Why Is the Ocean Salty?

Ocean salt primarily comes from two sources: rocks/land, and openings in the seafloor.

As rain falls on land, its slightly acidic nature erodes the rock, breaking it down. This eroded material is gradually washed into rivers where it either dissolves or sinks. Any dissolved molecules rapidly flow down to the sea where many are used/eaten by organisms in the ocean. Others, however, are not on the menu and concentrations build up over time.

Sodium and Chloride (which make salt) are two of the dissolvable elements which are leftover to build up in high concentrations.

It is estimated that four billion tons of dissolved salts are carried to the ocean by rivers each year.

In the depths of the world’s oceans, there are many cracks in the seafloor into which water seeps down. If the cracks are deep enough, this water gets heated by the magma in the Earth’s core. Under these conditions, a series of chemical reactions occur which can cause the water to deposit oxygen, magnesium, and sulfates, and pick up other elements from the surrounding rock. This heated water then carries the new material back into the ocean via seafloor vents and subsequently increases the salinity of the surrounding water.

Which Ocean Is the Saltiest

Not all oceans and seas are equal. Some are considerably more salty than others. Excluding enclosed bodies of water that might be considered Salt Lakes (e.g. the Dead Sea), this table lists the world’s seas in order of salinity:

Why Are Some Oceans Saltier Than Others?

There is a huge amount of variation in the salinity of the oceans and it’s not just confined to separate bodies of water. Variations can happen on a relatively small scale, for example, closer to the coast or further offshore, nearer the equator or at higher latitudes, and even near or far from river mouths. But what causes these differences?

To name a few causes:

There are also many other causes, too many to consider in this brief article, but hopefully, you get the idea.

Is the Ocean Getting Saltier?

Despite the world’s rivers carrying four billion tons of dissolved salts to the sea each year, and seafloor vents creating salty water, the oceans aren’t getting any saltier. Why is this?

Whilst evaporation initially increases salinity, in areas of intense evaporation the ocean’s surface will eventually become supersaturated and will no longer be able to keep all the added materials dissolved. As a result, the deposited heavy minerals will sink to the seabed and eventually form sedimentary rocks.

If you have ever sailed into a strong headwind, after a few hours of being pelted with sea spray you will have noticed your face, hair, and clothes become encrusted with salt. You are not the only one getting pelted! Spray also gets blown onto land and after it evaporates salt deposits are left behind.

Many animals ingest and subsequently excrete salts from the water. These excretions fall to the ocean floor and become part of the layer of sediment there. Alternatively, some sea creatures even incorporate the salt into themselves, which might be used to create shells or parts of their body. Once again these will eventually be left to be buried in the seabed and are eventually incorporated into sedimentary rocks.

And, of course, all the rivers, rain, and meltwater we mentioned early are also constantly adding fresh water to the ocean.

It’s a fascinating subject that we have only just scratched the surface of, but the takeaway is that salt is constantly being added and removed from the oceans. The balance we currently experience was first reached about 1.5 billion years ago and excluding any major climatic changes (e.g. an ice age), it has stayed very consistent. The reason is that the more salt that enters the ocean, the quicker the evaporation, wind, and sea life take it away again.

Don’t forget, our forte is our online RYA theory courses. If you want to give our courses a try, check out our FREE TRIAL.